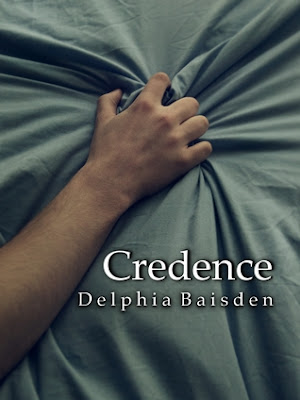 James Morgan, lead guitarist for the rock band Eden, seems to have it all. That is, until Theo, Eden’s lead singer and James’s secret lover, violently betrays him, sending James into a deep depression and cutting their current tour and the band’s life short.Kieran Jackson, the lead vocalist for the less successful band Lost and Found, is at his wits’ end. At thirty-three, he never dreamed he’d still be opening for bands comprised of twentysomethings. When Eden pulls out of the last few shows of their summer tour, Kieran returns home burned out and heartbroken.Over a year later, James, Phil, and David of Eden decide to reform under a different name with Kieran as their new vocalist. James, never having forgotten his single interaction with Kieran, nor the only time he ever listened to him perform, knows Kieran’s the best choice.James is still closeted—and skittish after his last relationship—and one fumbling, drunken kiss threatens to undo everything he’s worked so hard to rebuild, as well as the cover he’s fought to maintain.Can James overcome his past, confront his demons, and reclaim his former fame? Or will he and the newly formed True North remain in Eden’s shadow forever? Can he finally find comfort in who he is, accept his past, and reopen his heart? Or will the memories of Theo’s betrayal and the subsequent fallout dash any hope of finding—and trusting—love again?Trigger warning: this book contains explicit rape, as well as one failed suicide attempt by a main character.

Credence is an interesting, multi-layered rock star romance. Delphia Baisden does a great job of immersing the reader into the crazy world of fame and rock stars.

James and Kieran are two band members who fall in love while dealing with their past pains. Both have endured so damn much, and are struggling with moving forward with their passion and their lives in general.

James will grab you and burrow his way into your heart. He's a mess, both before and after his rape. He has a lot of issues to overcome, but he's stronger than he ever imagined.

Kieran's a remarkable man, struggling with his own physical issues, and always there to support James. He stays patient, never forcing the facts from James, and is a lovable guy.

Phil's the steady bandmate/best friend who's lovable and helps James throughout. He's a great character who tells it as it is, adding a whole lot of fun to the story.


At it's heart, this is a tender, yet raw, tale of survival. It's about hitting rock bottom and finding your way back.

Warnings include rape, alcoholism, anxiety, depression, and a suicide attempt. Definitely skip this one if these are triggers for you.

Credence is an emotional and gripping story that will leave you feeling all the feels. Definitely save this one for a time when you want to read something heavy. It's an impressive debut novel and I look forward to seeing what Delphia Baisden creates in the future.